Factors Related to Elderly Independence in Activities of Daily Living

Behind the increase number of elderly people, new problems have arisen related to the increase in the dependency ratio of the productive age population to the non-productive age population. This study aims to determine the relationships and factors associated with the independence of the elderly in the Balauring Community Health Center Work Area during the period of September–October 2018. The research method is a quantitative study equipped with qualitative data with a cross-sectional design. The sample size was 157 people. The sampling technique was cluster sampling. Data analysis techniques included univariate analysis, the chi square test, and logistic regression of simple and triangulation data. The results showed that there was a significant relationship between age, source of income for the elderly, health status, the role of midwives, the role of elderly cadres, the role of elderly families, physical activity, and activeness of the elderly with the independence of the elderly in doing activities of daily living (ADL) with a p value <0.05. In the multivariate logistic regression analysis, the physical activity variable was obtained with an Exp value (B) of 2,613, which means that the elderly who are not physically active have a 2,613 times higher risk of becoming dependent in doing ADL. 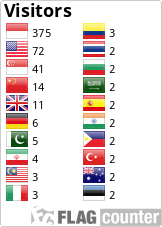